Clare Nash on the importance of confidence, working for yourself and designing interiors in the age of Instagram

Clare Nash is an interior designer and stylist who lives and works in London. After graduating from university with a degree in English, she then worked in advertising for almost 10 years.

By this time she had found a passion and skill for renovating interiors; she renovated two flats, the second of which was featured in Style magazine in the Sunday times. She used this platform to launch her career as an interior designer and hasn’t looked back since.

We caught up with Clare to talk about her career, what inspires her work and designing interiors in the age of Instagram.

After working in advertising for 10 years, what was it about interior design that attracted you to it as a career?
I worked at St Luke’s for most of that time, having co-founded it. It was a co-operative, co-owned and incredibly exciting. It won agency of the year and was called by the WSJ “the most dangerous company in the world”— I loved it. But despite all this I didn’t really care in the way one must about whether my client sold a few more biscuits. I mainly worked on really great accounts like The Observer, The Body Shop and Rock the Vote but there were others which just bored me rigid, even concerned me. I had, by this point ‘done-up’ two falling-down flats (I’m very old, you could do this back then!) and loved doing so. So, with the arrogance/naivety of youth I just ‘became’ an interior designer. If you tell people you are something, they tend to believe you. Why would they not? I did a pretty crappy course for a while at Chelsea Art College – which didn’t really help – and that was that.

What do you love most about what you do?
Well, working for yourself is a huge advantage. I am entirely unemployable now, I just couldn’t imagine working for someone else. When my children were babies it was perfect too; I was still around most of the time whilst also getting quite a lot of work done. And of course I am fascinated by ‘the visual’ and a very superficial person — my surroundings affect me hugely. So I am constantly looking at beautiful paintings and buildings and plants and all the stuff which, in this job, you can justify as ‘work’. What, as they used to say in 2002, is not to love? 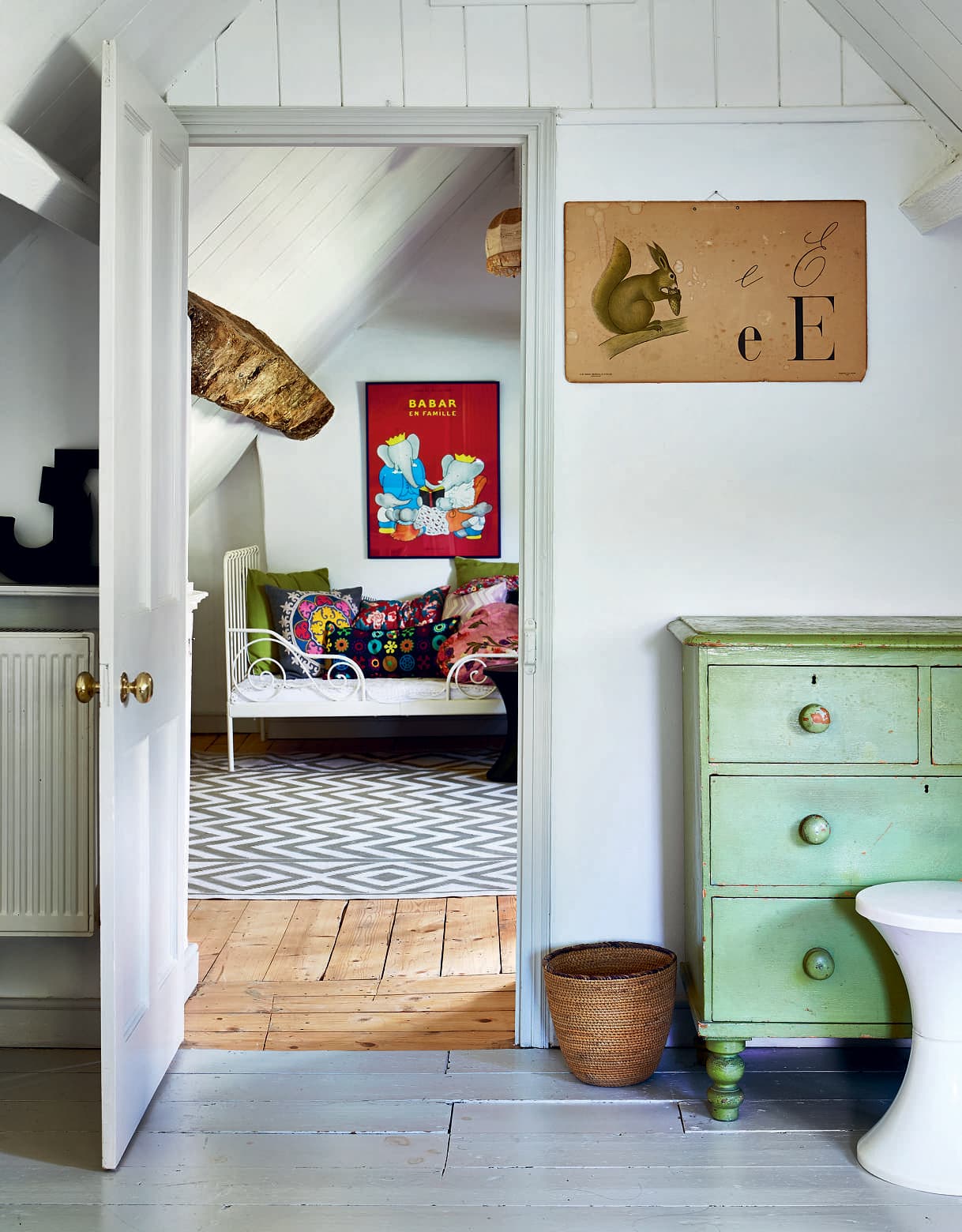 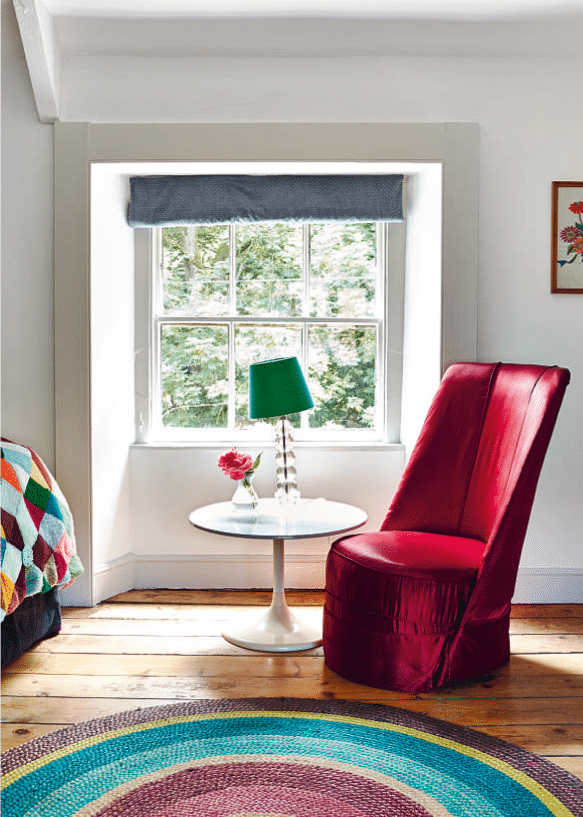 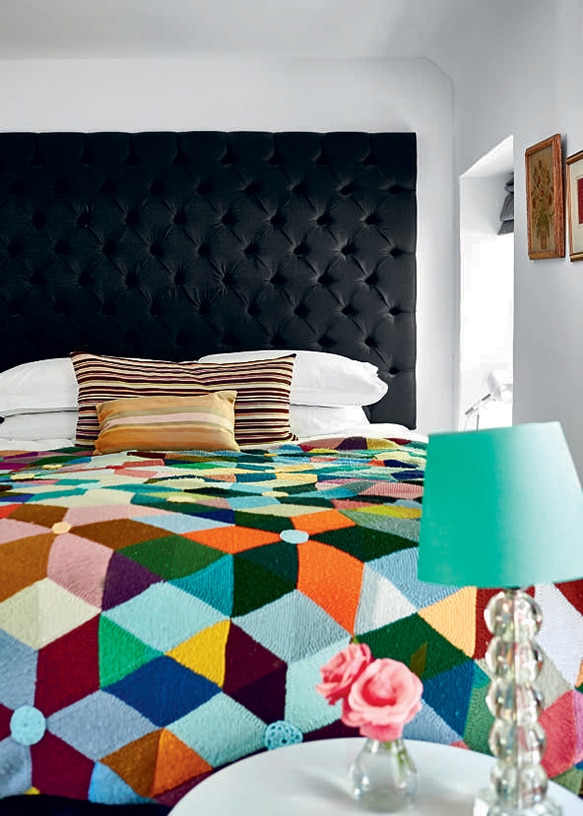 Your work is always so stylish, what inspires it?
Well thank you! I don’t really know the answer. Like I say I look at a lot of stuff in a lot of different mediums and collect images endlessly. Which I tend to sort out, in a fairly haphazard way, into groups I think work well together and then build from there. So, when I was designing many restaurants a year I often (though not always) found that I already had an idea for how it might look based on the building, location and one of my earlier groupings-together of images. There would be a ‘fit’. I’m not sure that’s very helpful, it’s just how I work. I love twists on what is classical, no matter what the starting point might be. I don’t like tricksy, over-designed stuff. So if the idea is based on a gloomy Hopper painting or on the Dutch inspired architecture of the building or a 1970s minicab office, then be true to that idea. Albeit only up to a point. Treat it as an interpretation, don’t be too literal but stay within what feels natural and unforced. Don’t Disneyland it.

What has been your most challenging project to date and why?
My most challenging projects are those with difficult clients. By which I don’t mean clients who challenge me or my ideas but those who are hostile to the process or believe pretty much from day one that they could be doing this themselves and doing it better than me. The building or house might be challenging but if you have a client prepared to go along with you and trust you then it (almost) always goes well. If you don’t, it doesn’t matter how exciting the project appears to be, it will be painful at best and a failure at worst. 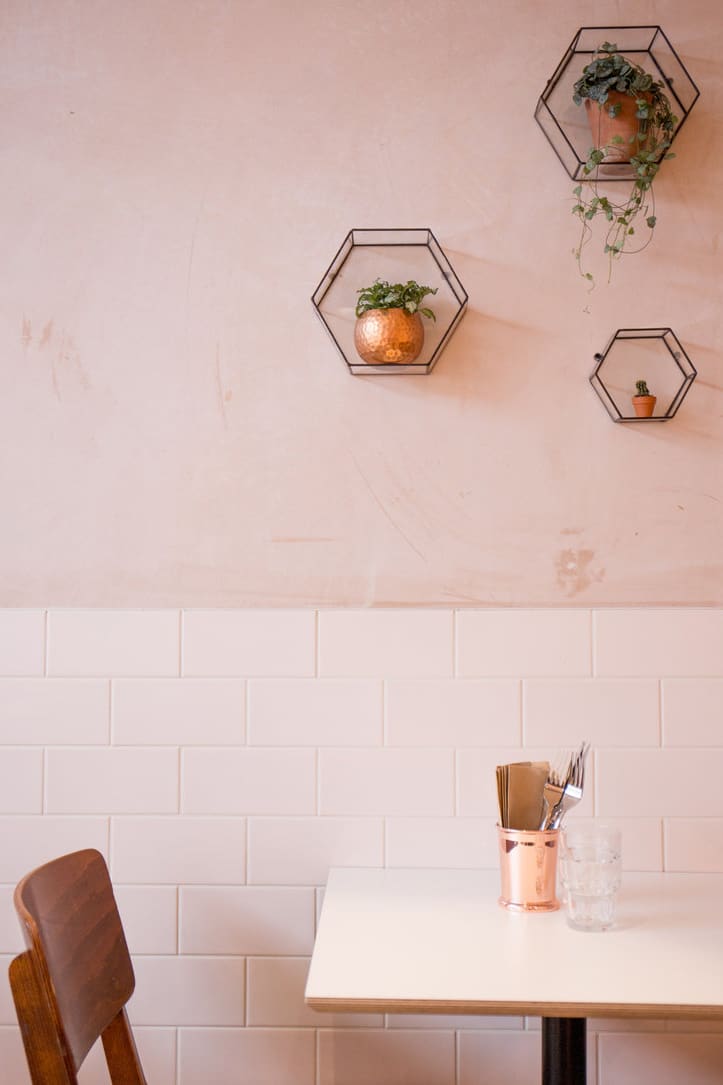 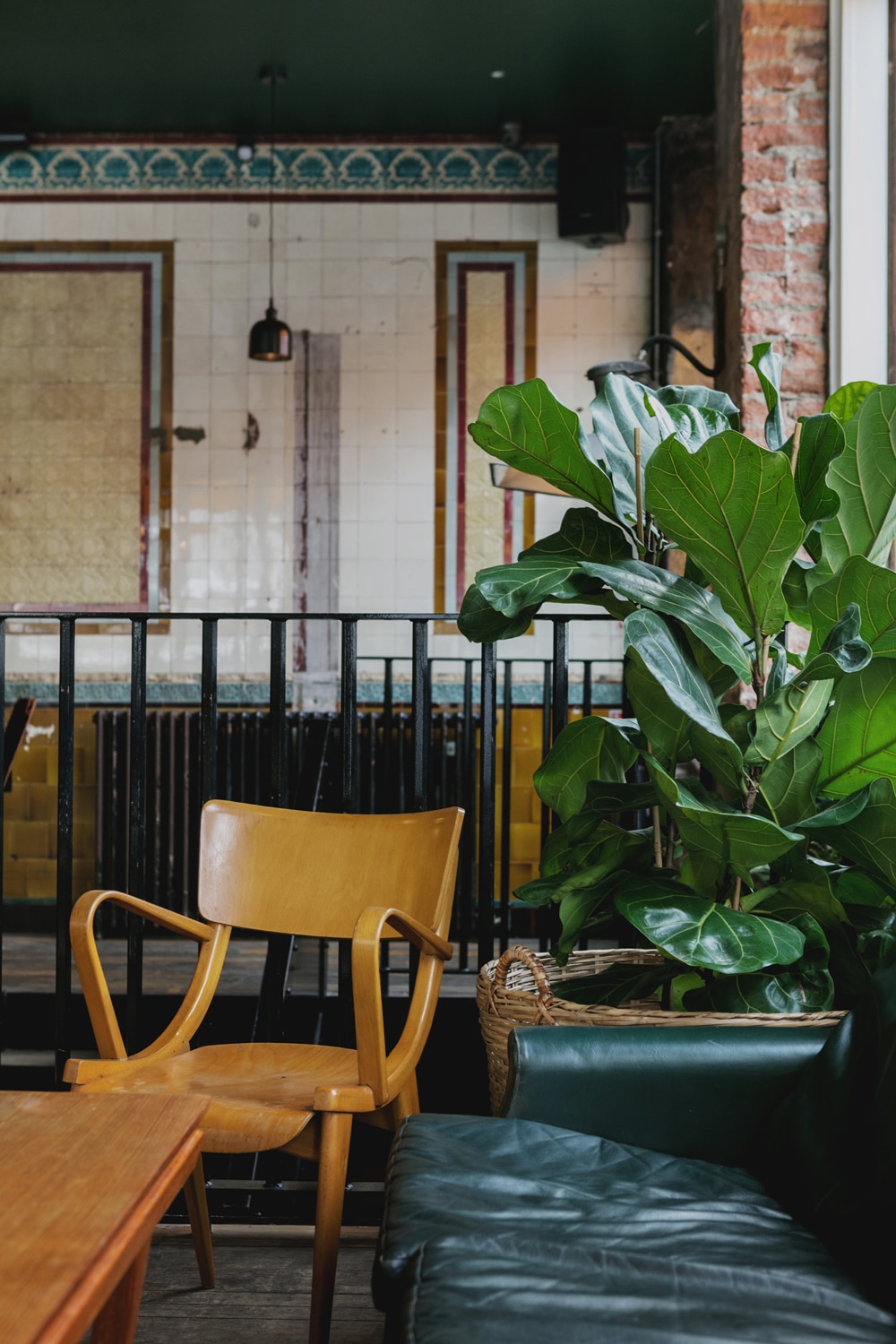 How do you switch off?
I’m pretty relaxed, my work is not what you’d call arduous. I guess the only down side of working for yourself is that ‘life’ and ‘work’ are quite blurred. I effectively turned my hobby into my profession, but that works both ways. It means that I’m kind of always ‘on’ in terms of looking for things and collating ideas and mulling things over but, through the eyes of those who work very hard, I fear I must appear always ‘off’.

What has helped you the most during your career so far?
I guess those who have given me ‘big breaks’ like my friend Tom with whom I worked for almost ten years. And lovely residential clients who trusted me when I didn’t know much and have re-employed me again and again as they move or do more to their houses. Loyalty and trust go a pretty long way. I’m grateful to ‘em all. (Also the internet. This job was a thousand times more time-consuming when you had to find every image in a magazine/book and source every sample/light fitting/piece of furniture/reclaimed sink in person in an actual shop!)

With the rise of social media, do you ever feel like you need to create a space that will be ‘instagrammable’?
No! That’s the short answer. The more considered answer would be something along the lines that if you create a beautiful space which feels natural and not forced then I guess it will be ‘instagrammable’. But the idea of that being the starting point pretty much appalls me. 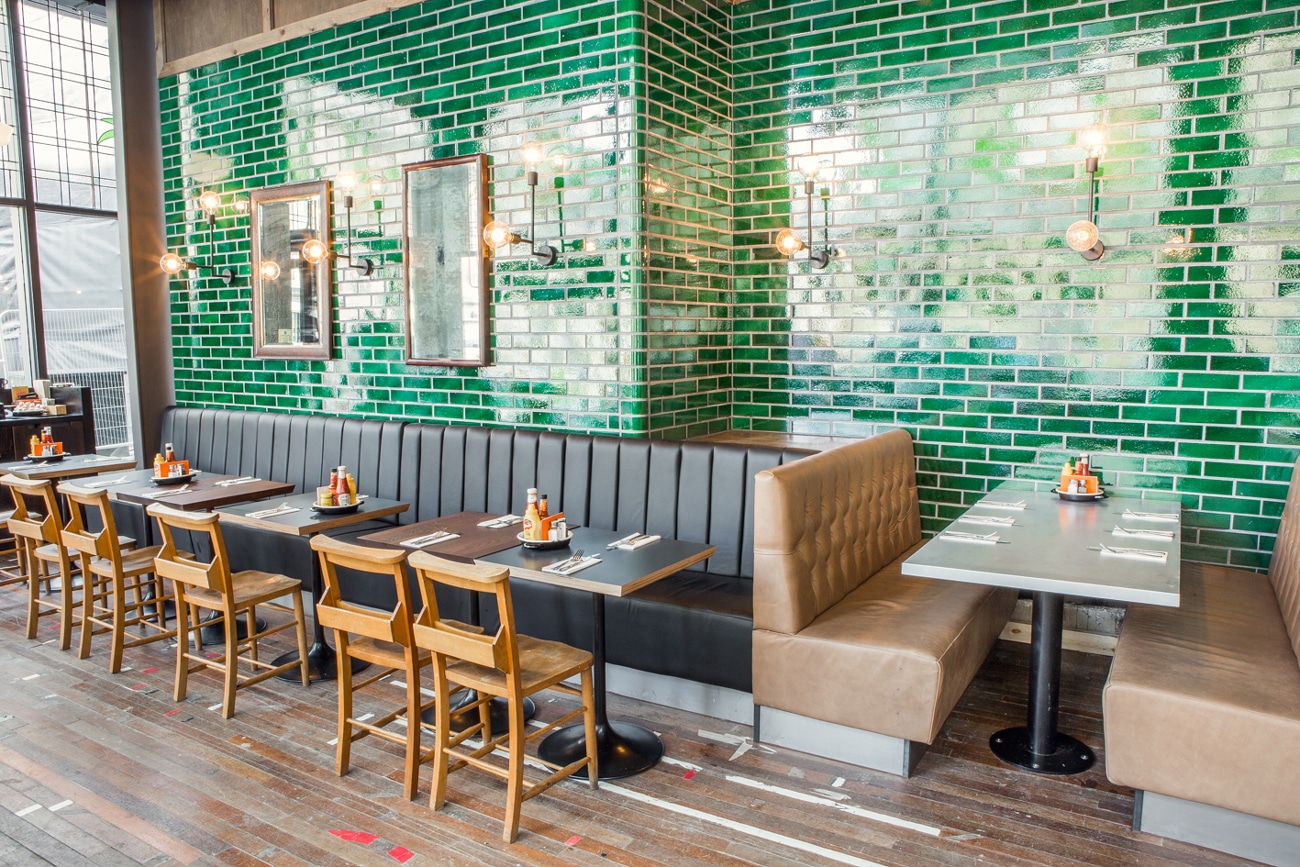 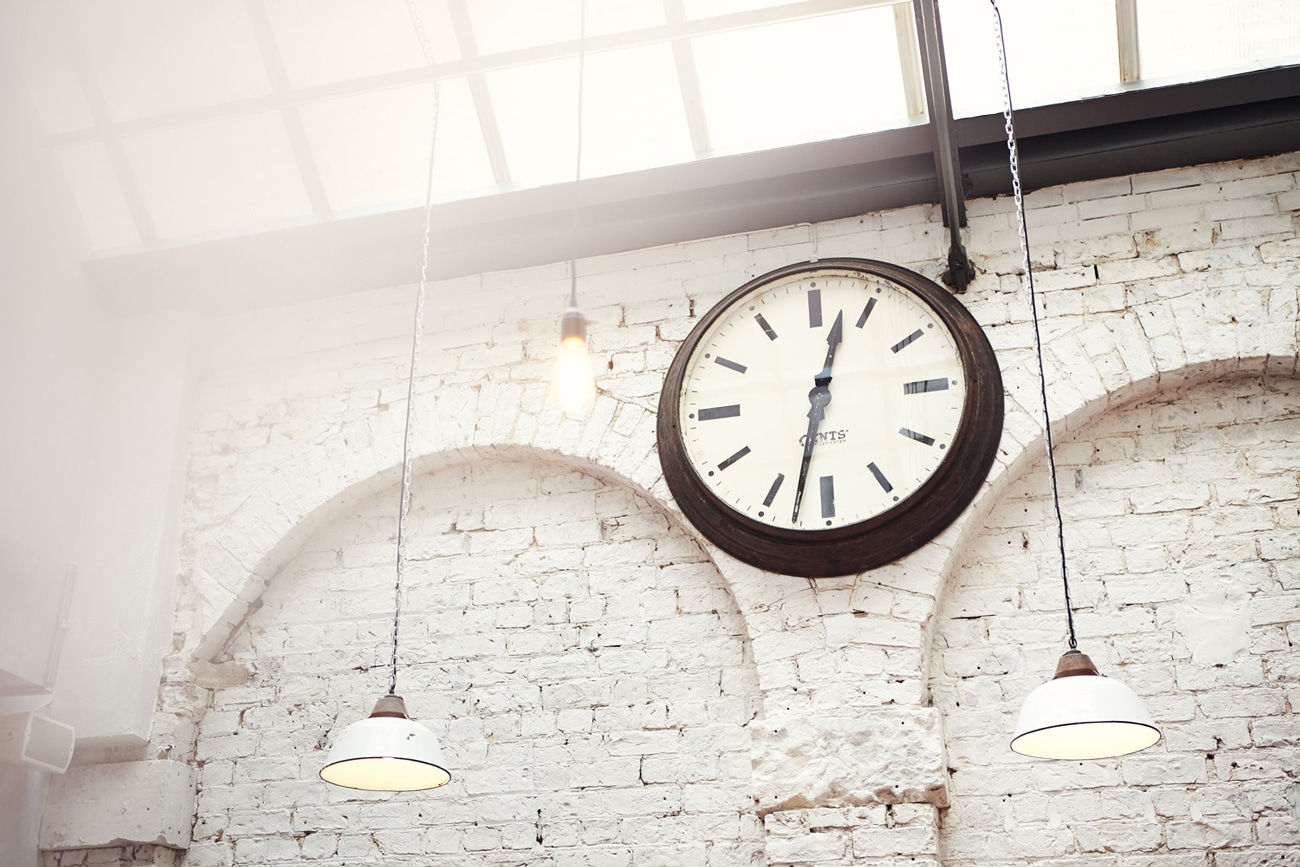 What are you currently working on?
Couple of residential jobs, a really exciting commercial job in a row of railway arches and my own new house which was the ugliest bungalow in the world and has been pretty much razed to the ground so there is quite a bit to do.

What advice can you give to those starting out in the industry?
Blimey, not sure I’m really qualified to answer this! I’m afraid my best advice is to be ruthlessly honest with yourself. There are loads of interior designers out there making a perfectly good living who I’m sure produce perfectly nice interiors. It’s not hard to put together a perfectly ok scheme for a room as a million Instagram pics bear witness to.

What will mark you out is whether you have good, original, interesting ideas. And you can’t really learn that or be taught it which is where the self-honesty comes in. I’m afraid, when it comes to something like creating a house or restaurant where people want to be, I believe you either can do it or you can’t and there ain’t no course that can make up for that. On the more positive side, being endlessly curious and effectively training yourself aesthetically is definitely possible, so frickin’ well go for it as our American friends say. (Except they’d probably exclude the expletive!) 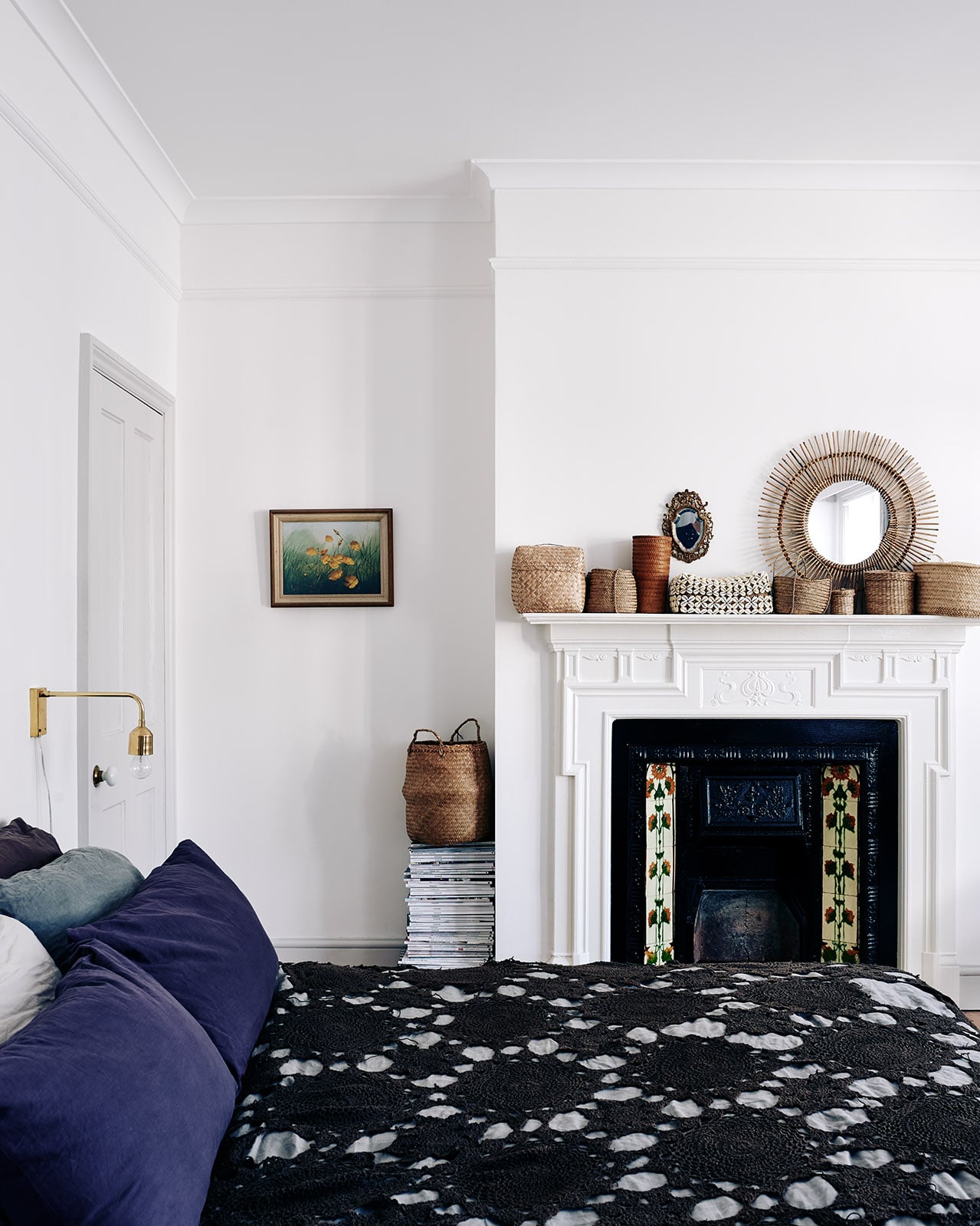 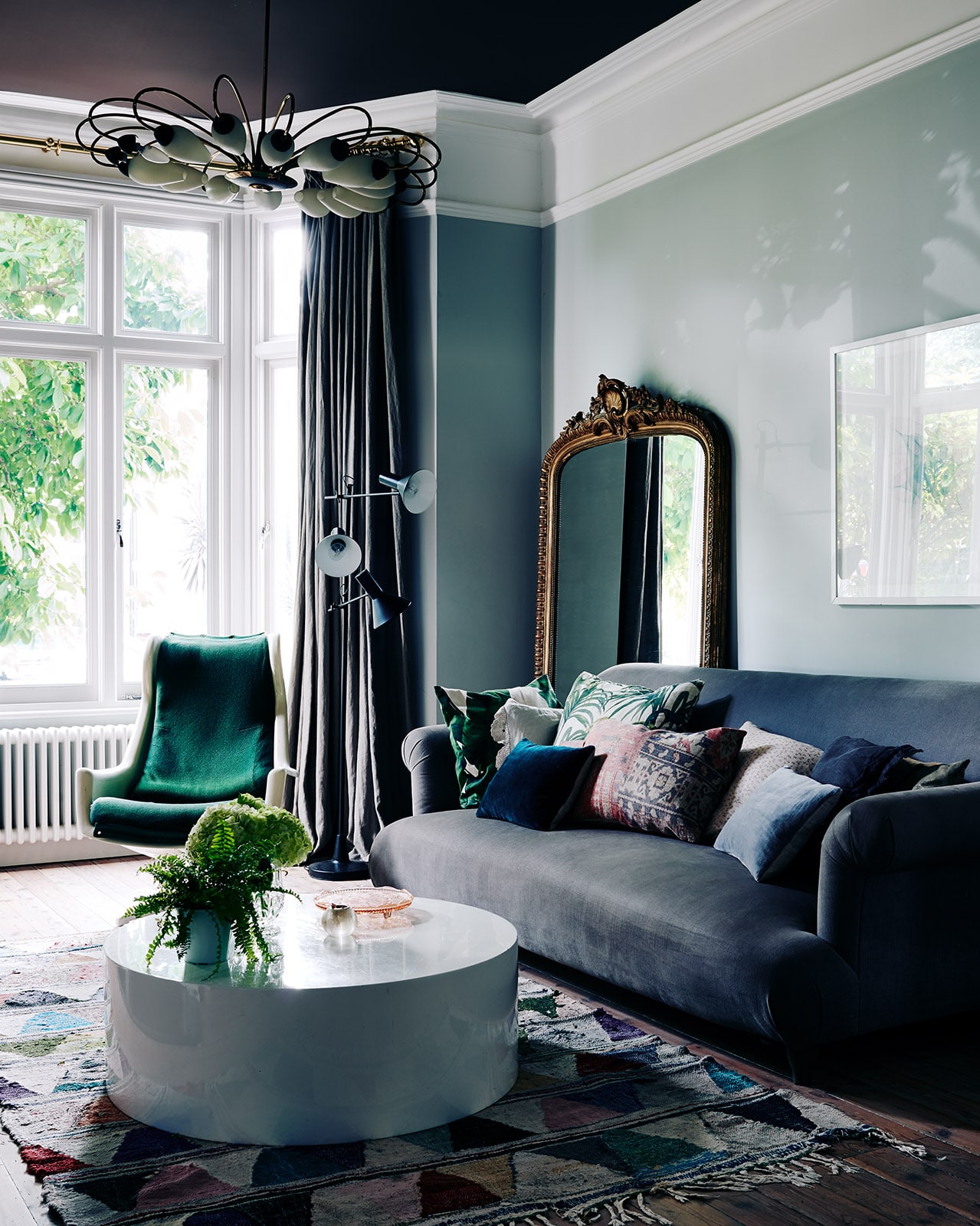 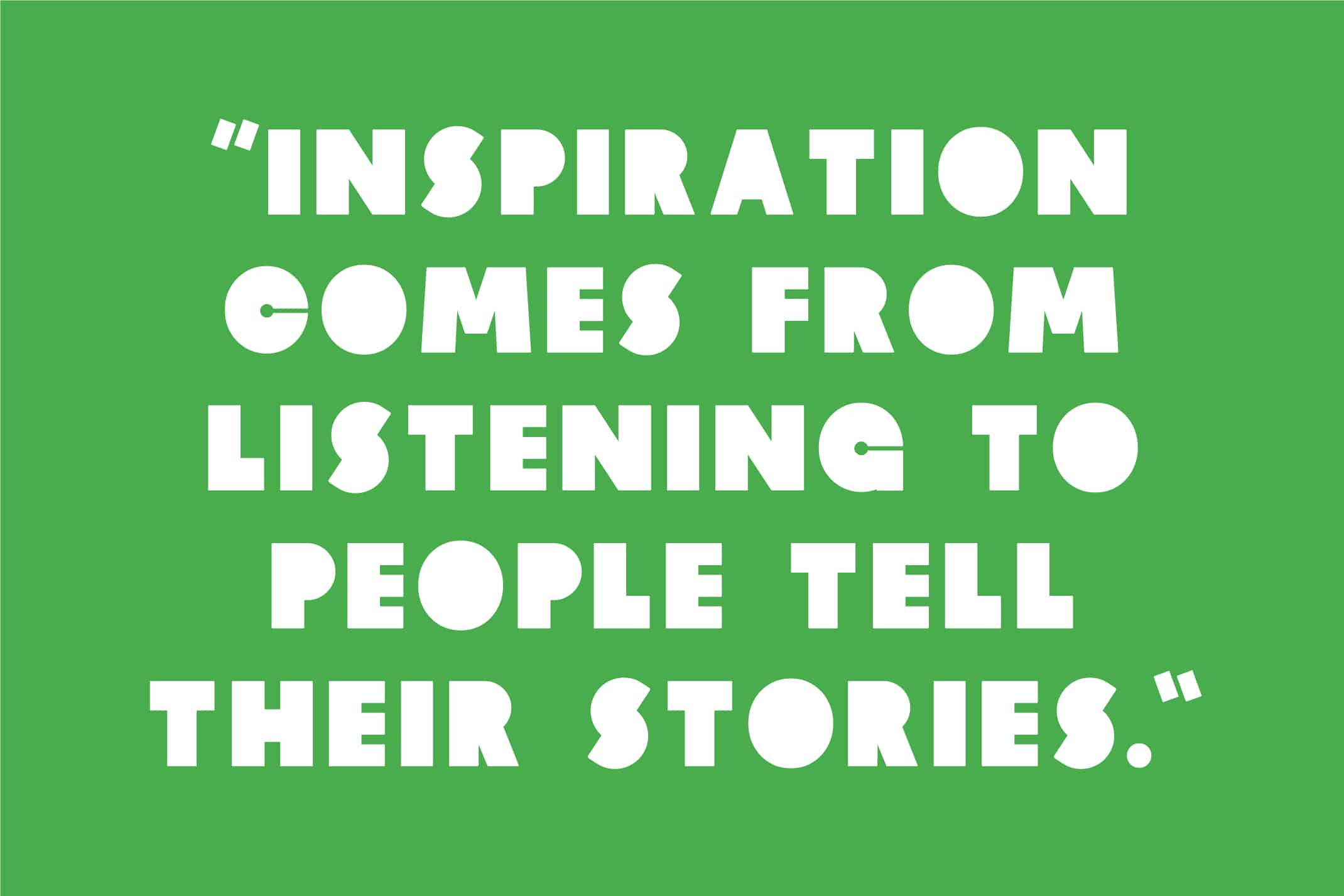 Writer Tom Lynham on his love of words, where he find inspiration and how to stand out

Tom Lynham is a freelance writer and image maker who helps organisations to articulate what they do... 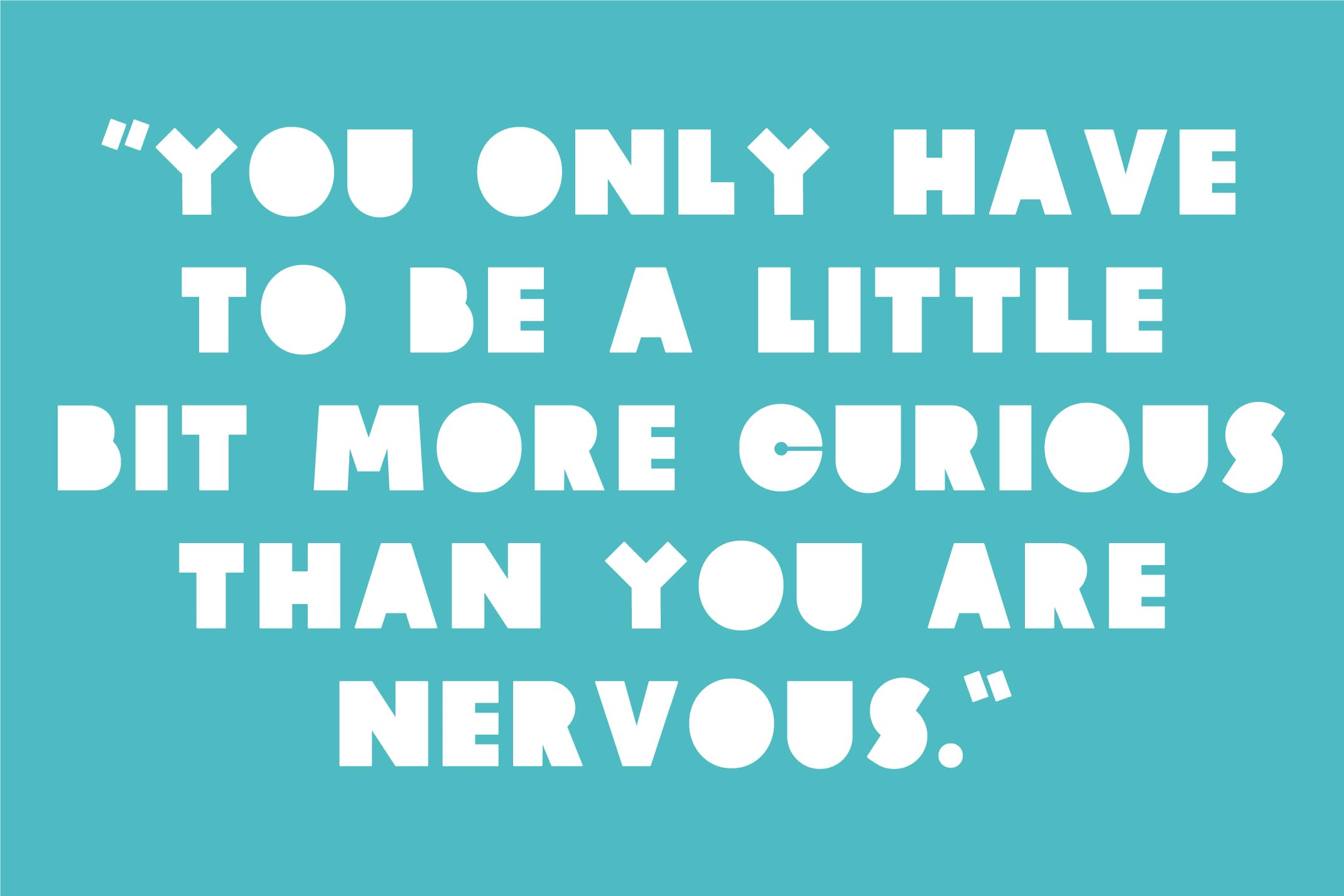 Thom Atkinson on finding his creative direction, his biggest inspirations and how he balances work and home life

Thom Atkinson is a photographer based in London and Kent. Rooted in a documentary tradition, his... 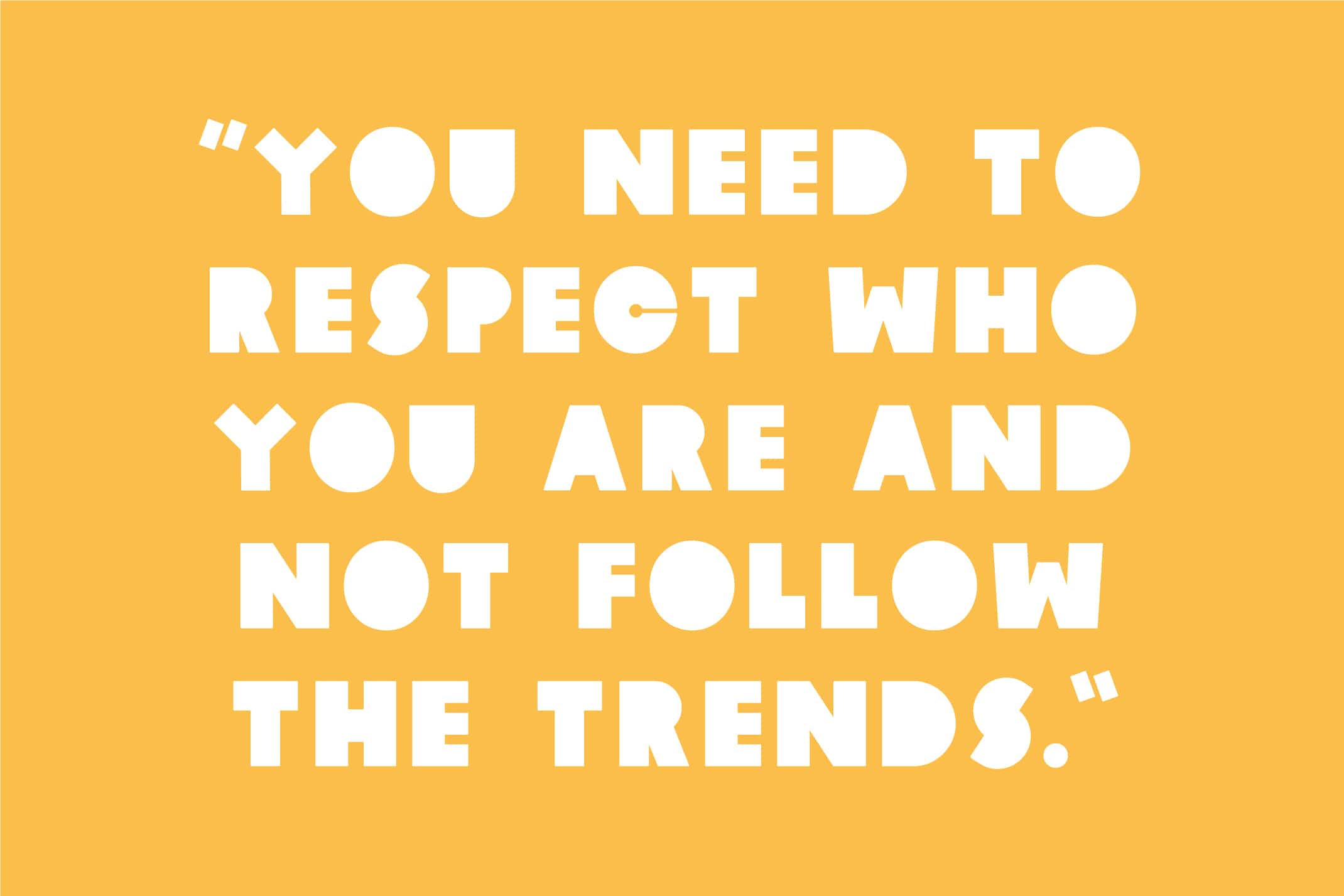 Toufan Hosseiny on her new jewellery collection, the importance of not following trends and being a nomad

As a young artist and multidisciplinary designer, Toufan Hosseiny works with different materials to...